To be grasped by “the faith in its wholeness”

One of the things that really stands out when we read the Basis of Union (1971) today is that it makes no reference to Australia’s First Peoples, the Aboriginal and Islander peoples. That silence is even more awkward in the inclusive language version of the Basis (1992) which is most commonly used today – being careful not to exclude hearers by a careless use of gendered language, but making this other exclusion more obvious. At the “Hidden Histories” conference held at UTC several years ago, I remember the Rev Ken Sumner speaking powerfully on what it felt like as an Aboriginal member of the Uniting Church to search in vain for any trace of his story in the foundational document of his church.

Even the 1st Assembly’s much admired Statement to the Nation (1977) did not indicate any awareness of God’s concern (and therefore the church’s concern) for securing justice for Aboriginal people, and reconciliation between First Peoples and Second Peoples in this nation.

The only mention of Aboriginal people that I’ve ever found in the documentary trail left behind by the church union process is in the First Report of the Joint Commission on Church Union, in 1959. It includes one reference to “obligations undertaken towards aboriginals” by the churches. Not even a whole sentence, let alone any serious reflection on what the Gospel may have to say about the relationship between First Peoples and Second Peoples.

But that one reference is a telling one. Let me quote it in its context:

“For some time to come the Churches in Australia will have special responsibilities for building up the Church in the Pacific Islands. The irrelevance of formulations arrived at in the domestic Christian disputes of Western Christendom is likely to become more rather than less apparent in this setting. Once more, in putting their own houses in order by renewing their grasp on the faith in its wholeness, the Churches of Australia will equip themselves for their part in preaching the gospel to the ends of the earth and to the end of time. Whether in her own industrial or rural society in Australia, or in the fulfilment of obligations undertaken towards the Aboriginals within her borders, or in the edification of the Church overseas, the Church in Australia needs a fuller and clearer grasp of the gospel, and all that that implies.”

A key element of the movement towards union was recognising the “irrelevance” of denominational differences in doctrine, polity and practice “arrived at in the domestic Christian disputes of Western Christendom”. Instead, union was about rediscovering together “the faith in its wholeness”. Getting over their narrow, denominationalised, Western versions of the faith was essential to “putting their own houses in order”. The “fuller and clearer grasp of the gospel” that was calling the divided denominations together was anticipated to renew all aspects of the united church’s life and witness – including “the fulfilment of obligations undertaken towards the Aboriginals within her borders”.

It is telling that when the 5th Assembly made another Statement to the Nation, in 1988, it was largely concerned with the dispossession of Aboriginal peoples through colonisation and the relationship between First and Second Peoples. The shift in focus wasn’t just because 1988 was the bicentenary of colonisation, but also because of the transformation of the relationship between First Peoples and Second Peoples that was underway within the fellowship of the church. By then Aboriginal leaders had established the Uniting Aboriginal and Islander Christian Congress (1982-1983). The 4th Assembly (1985) had recognised Congress as having responsibility for oversight of ministry with Aboriginal and Islander people. There had been some iconic moments of solidarity with Aboriginal people that were disclosing the particular vocation of the UCA in relation to Aurukun and Mornington Island (1978) and at Noonkanbah (1980). And the revival at Galiwinku (1978-1979) and the theological leadership being given by people like Charles Harris and Djiniyini Gondarra was showing that “the faith in its wholeness” was more inclusive and “catholic” than had been imagined in 1959. And there was more to come: the Covenant (1994), the Preamble (2009) and, in a couple of weeks from now, a proposal to the 15th Assembly to recognise the Aboriginal and Islander peoples as sovereign people.

But back then, in the beginning, in the foundations of the Uniting Church, just silence. Just silence…and a determination to discover together “the faith in its wholeness”. 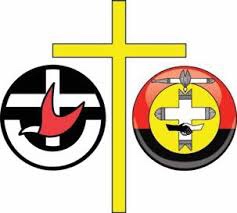