The Leadership Development Council met for the last time yesterday. A milestone.

The decision to form the LDC was made by the SA Presbytery and Synod in November 2007, after a year of reviewing and re-visioning theological education. The LDC was in place by the middle of 2008. Around the same time the Formation Panels were up and running, the new faculty was beginning to take shape, and a new cohort of students were finding their way into what would soon be known as Uniting College for Leadership & Theology.

And now its work is finished. The LDC will be replaced by a new unit that brings together Mission Resourcing and Leadership Development – a very similar model to the ones adopted by the NSW-ACT Synod and the Vic-Tas Synod. It seems the right move, at the right time. In a time of rapid change in the church and its mission context eight to ten years is about right for a new initiative to prove itself, create its legacy, and place it in the hands of the next new initiative.

Eight to ten years… what do you think?

Today I found the first annual LDC Report – 2008-annual-report-to-synod – and was surprised how it took me back to that different time and context. Just the list of LDC members was a revelation. In less than a decade we’re just in a very different place.

The clarity of the vision expressed in the report belied the contested, ambiguous, uncertain reality that the LDC was working through. It was silent on the challenging, conflicted process that the faculty went through as it was reshaped for a new kind of college and curriculum. It’s not that any of that was being concealed. I wrote about it in the prefaces to the 2007 and 2011 editions of A Genuinely Educated Ministry. But in November 2008 the church needed a clear, concise description of what had become of its beloved theological college and where this new Uniting College was intending to go. 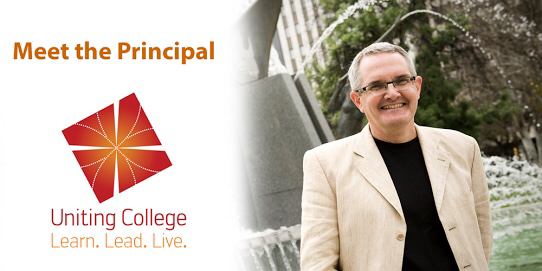