It’s only four weeks since I got back to Australia from the ministers’ conference I led in Jerusalem and the four day solidarity visit with the Christian community in Palestine. It was an extraordinary experience – one that I am still processing slowly.

One of the things that surprised me was the number of insights into the Australian situation that emerged from conversations with Palestinians about their situation. Hearing about and witnessing the daily humiliations, burdens and outrages of the occupation of the West Bank and the dispossession of the Palestinians gave me further insight into the treatment of Australia’s First Peoples under the myth of “terra nullius” and, currently, under the shadow side of the “Stronger Futures” intervention. Listening to the stories of what it means to be stateless – trying to build lives and families while living day by day and year by year on a system of arbitrary permits that never deliver predictability, certainty or something that amounts to civil rights – made me think of what lies ahead in Australia for the 100 or more babies that have been delivered to detained asylum seekers and regarded as “illegal maritime arrivals”. On several occasions our Palestinian hosts welcomed us not as tourists who’d come to look at piles of holy stones but as pilgrims who’d come to visit the “living stones” – our Palestinian sisters and brothers who understand themselves to be the “mother church.” My thoughts again turned to home and the relationship between congregations and their buildings. It’s not always obvious that we have truly grasped the thing we learnt in Sunday School: that the church is the people, not whatever building we happen to meet in or maintain.

And there are many more connections made for me as, night after night, my subconscious continues to work over the experiences in Israel and Palestine in my dreams. As I said, I have a lot to process.

One connection that I would like to share now was made for me in a briefing on the situation in Gaza that we received from Sami El Yousef, the Jerusalem-based regional director of the Pontifical Mission for Palestine. At one stage he spoke about the way Christian institutions had been at the forefront of providing community support and care during the recent, horrific war in Gaza – health clinics, child care, emergency relief, schools etc. were kept in operation and reoriented towards responding to the massive increase in community needs as the bombardment of Gaza went on and on.

Sami spoke about the renewed appreciation by the Muslim majority in Gaza of what the Christian institutions have provided, not only in the recent crisis but over the past two generations. Then he said quietly to himself, sadly, “The whole Middle East will not be the same without its Christian presence.” But he recovered himself and said with the conviction of one who was constantly referred to by others as “the expert” on Gaza and the Middle East, “The Christian institutions are trusted and appreciated by the Muslim majority because they consistently deliver appropriate, high quality, client-centred services that respect the dignity of every individual who comes to them.”

I immediately thought of the UnitingCare network. Sami El Yousef’s words are echoed in the mission statement of just about every UnitingCare agency I’ve looked at.

Understandably there is a lot of conversation and debate around the UCA on the nature of our extensive engagement in service to the Australian community. In the last National Update I wrote about the huge whole-of-church effort that it has taken to sustain our services and ministry to remote Australia through Frontier Services. The schools and colleges associated with the Uniting Church represent an extensive network of high quality educational services. The Uniting Care network is, by any measure, vast. It has more than 1,600 service sites across Australia. It employs 39,000 staff and is supported by 28,500 volunteers. It has an annual turnover of more than $2.5 billion. It’s certainly worth talking about the UCA’s engagement in the service of the Australian community. But that conversation is sometimes a heated one.

How should service agencies be related to the church – both as a network of local congregations and as a series of councils? Should the church be associated with “elite” high fee schools and colleges? Are our agencies simply delivering government services rather than responding to the church’s values and priorities? Is the tail now wagging the dog? And so it goes on…

It’s an important conversation and it will continue for the foreseeable future, I expect. But something became very clear to me in the briefing in Jerusalem and as we moved around communities in the West Bank:

Consistently delivering appropriate, high quality, client-centred services that respect the dignity of every individual who needs them is both an authentic implementation of the Gospel and an effective witness to Jesus Christ. One way or another, it is an essential part of being the church of God.

For a particular service activity to be this there does need to be a plausible, meaningful connection to the Christian congregation – the ekklesia – in the activity’s statement of purpose and values, in its leadership, and in its delivery of services. Most of the debate in the UCA is really about the plausibility and meaningfulness of that connection to our own congregations. But activities of that kind are not an optional extra for the Christian church.

So, for example, if a congregation can’t plausibly and meaningfully identify itself with the work of the UCA’s agencies, it needs to find other ways to express the Gospel in the service of the wider community. Or if a UCA agency can’t point to the ways in which it is meaningfully related to a congregation or congregations and to the church’s councils its claim to be an activity of the church loses plausibility.

My observation as I have travelled around the church and its agencies is that both agencies and congregations have grasped this. UnitingCare agencies, for example, have been working hard on expressing the values and priorities of the church and increasing the opportunities for local congregations to partner with them in meeting community needs. Local congregations are finding innovative ways to serve the community around them and are frequently finding support and expertise from within the UnitingCare network in this.

I encourage you to visit the UnitingCare Australia website to learn more about this area of Christian service and ministry. http://www.unitingcare.org.au/ I also commend to you the explanation that UnitingCare Queensland provides of the theological basis of it values. http://unitingcareqld.com.au/docs/default-source/UnitingCare-Queensland/unitingcare-queensland-theoglogical-basis-of-shared-values.pdf?sfvrsn=0%20

Why not use these resources to continue the conversation in your own congregation about the UCA’s engagement in the service of the Australian community? 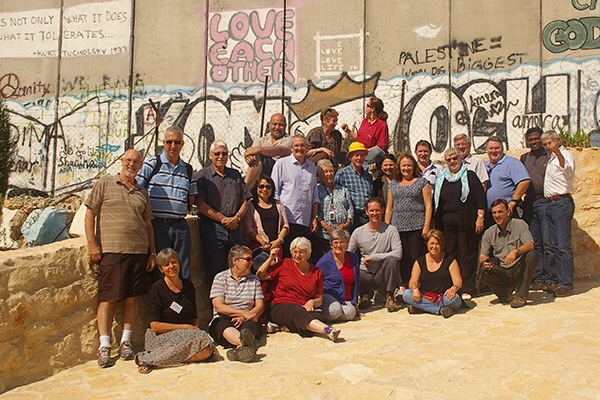