… as if no one is watching

Sitting on the plane home from Sydney, it suddenly strikes me that my year is book-ended by UCA youth and young adults. I’ve begun the year at Yurora, NCYC 2014. A fabulous event organised by the Parramatta-Nepean Presbytery for the national church. A life-giving, life-changing, inter-cultural festival of music, Bible study, prayer, dancing, painting, eating, laughing, talking, listening, caring, and deepening commitment to discipleship. I’ll end the year co-hosting the third NYALC ( National Young Adult Leaders Conference), where a smaller group of 50 or so young Christian leaders will gather together to help each other to grow as disciples and build networks for ministry and mission.

My favourite image from Yurora is the one of two young delegates dancing “as if no one is watching”. In the context of the general intensity and crowdedness of the Yurora event, and the delegates’ passion for practicing and promoting the values of the reign of God – justice, peace, reconciliation – this blissy moment of togetherness somehow resonates with promise. Follow Jesus… as if no one is watching.

But I’m thinking about all those young Christians that I’ve just been with at Yurora, as we all head back to our own communities and lives to be followers of Jesus. I’m thinking, what would it be like to be President, to make my way through this rich, challenging, probably difficult year … as if no one is watching? 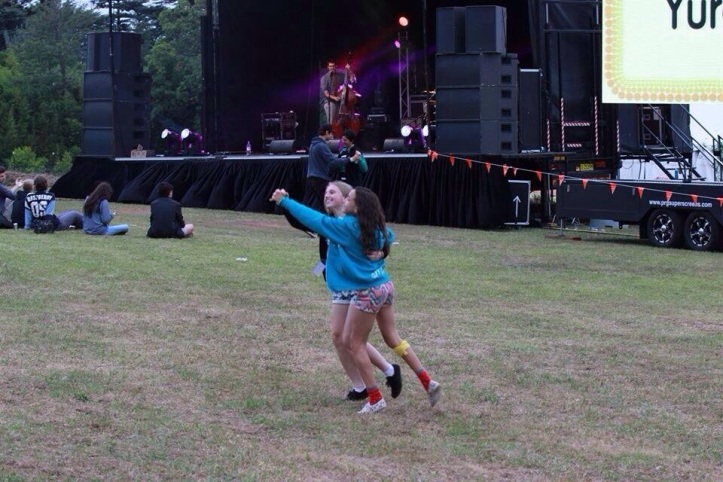